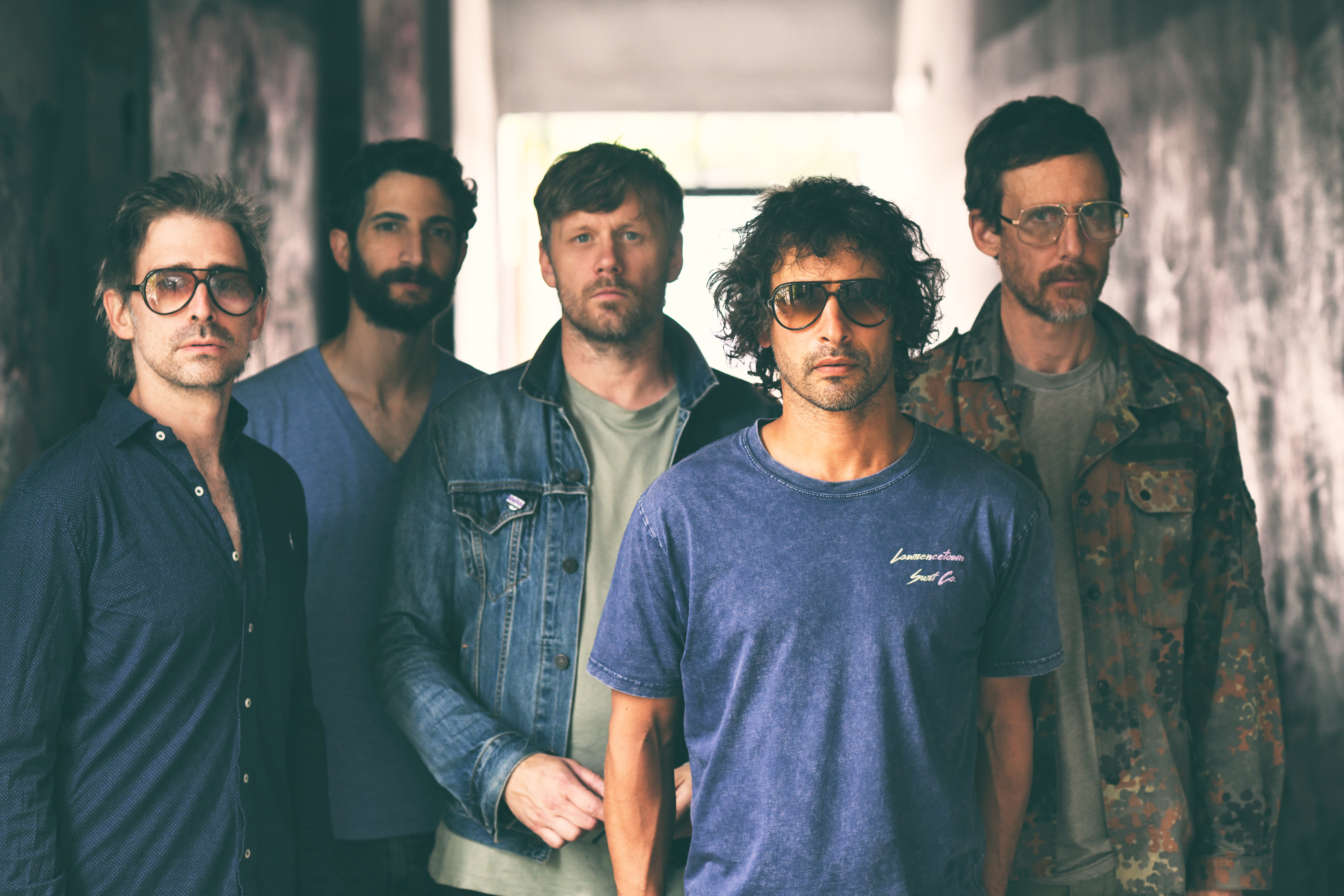 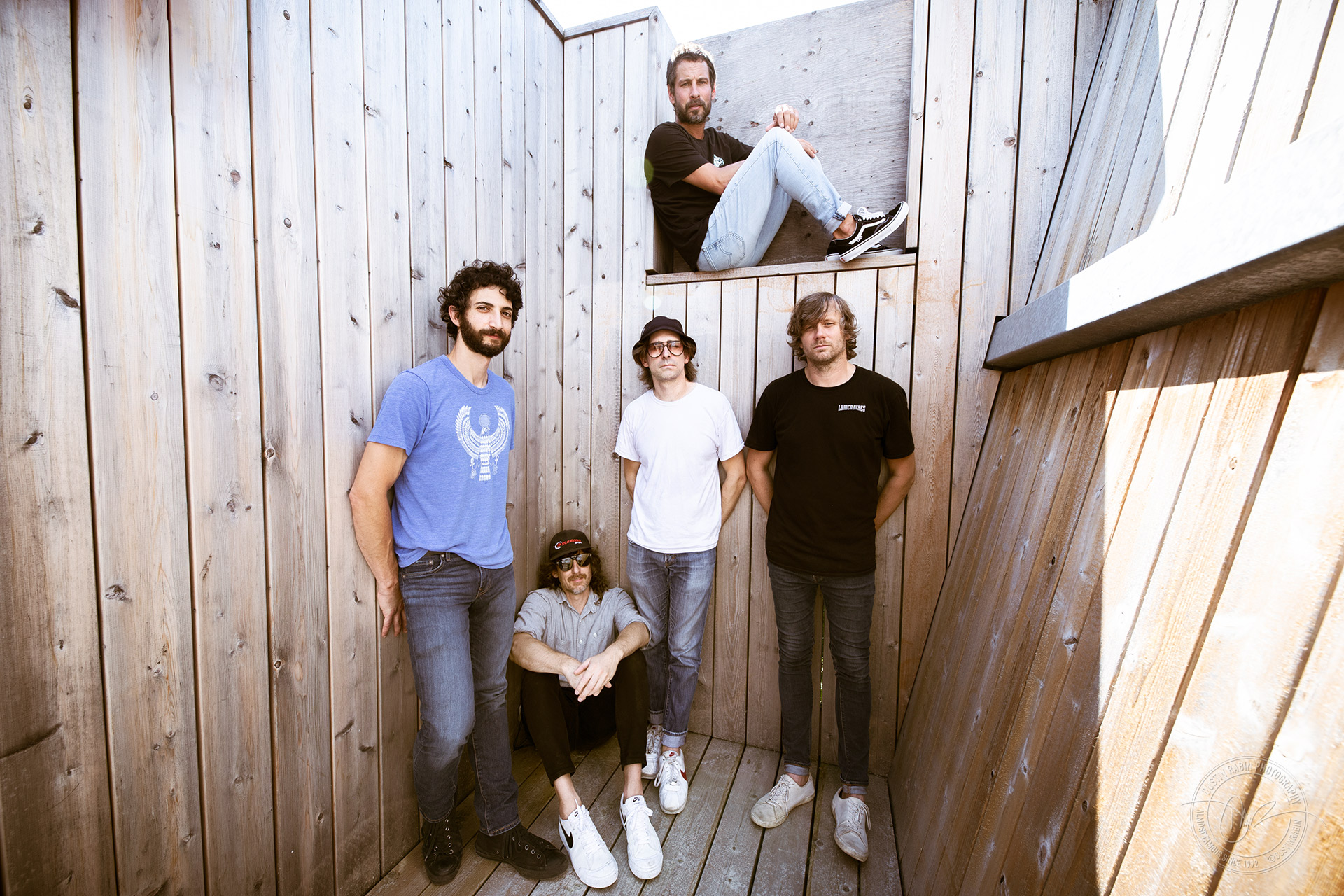 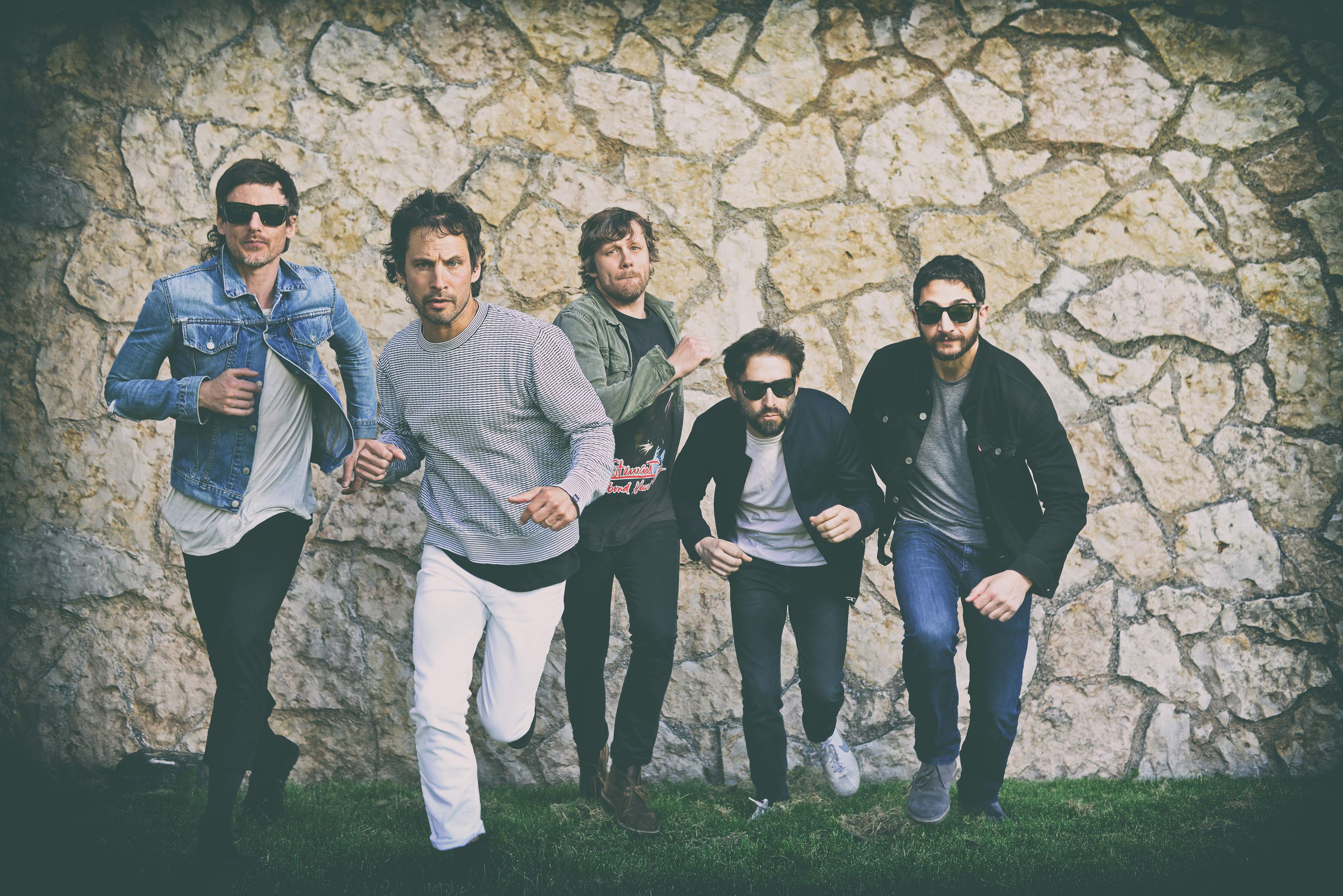 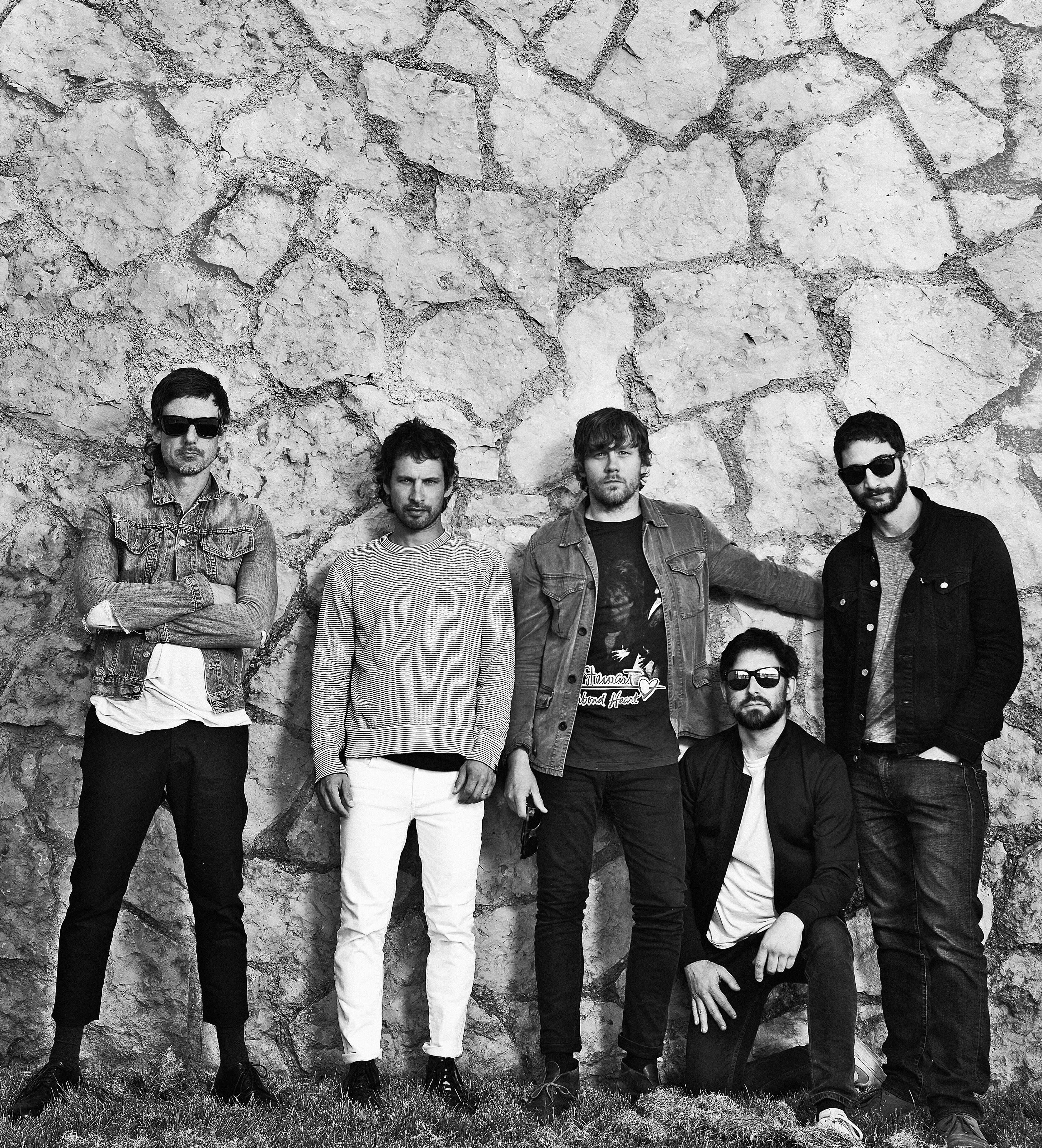 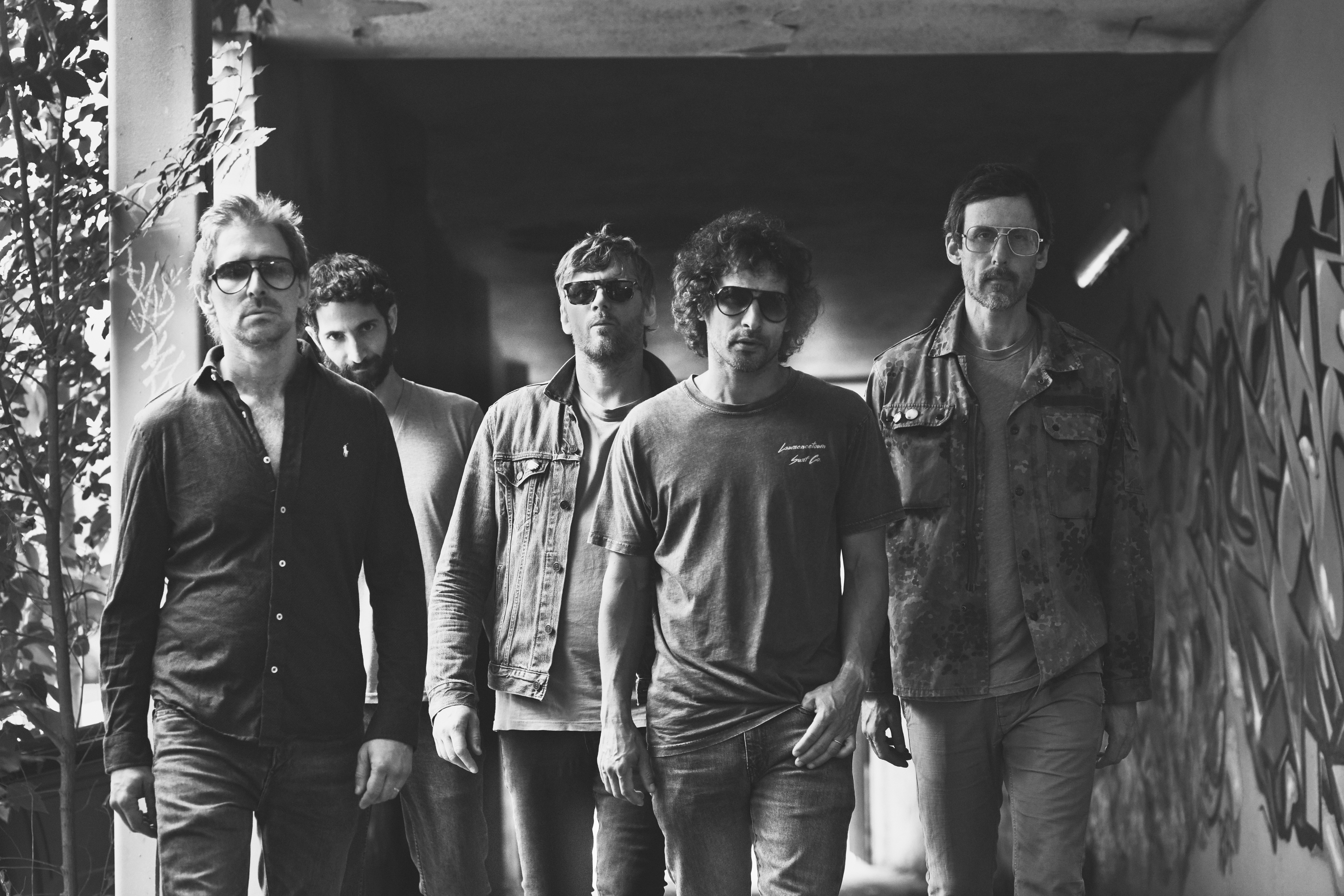 ABOUT SAM ROBERTS BAND - ALL OF US

Being human ain’t what it used to be. We leap eras in weeks, going forwards and backwards simultaneously — the 21st century has become a horror show of technological evolution in the face of political regression. Sam Roberts Band began its seven album arc way back in 2002. Back then, despite the nightmares unfolding in Afghanistan and Iraq, possibility still seemed, well … possible. Back then, Canada’s highways stretched toward something other than a flaming protest over an oil pipeline, and it wasn’t insane to believe that the future would usher in the future, rather than some shit-blasted reboot of the 1930s.

But a question: has SRB ever believed in the future? I’m not so sure they have. “I’ve been dying since the day I was born,” Roberts correctly observed on his debut solo album, We Were Born in a Flame. Indeed, the band has never submitted to rock n’ roll’s priapic Fender-first machismo, but rather delivered an elegiac swoon wrapped in late afternoon sunshine — hard-won shimmer concealing the pain of maturing, getting older, losing.

Thankfully, despite the autumnal sensibility that runs through their discography, SRB has never come across as a bummer. Their songs aren’t dirges —  they’re blueprints for how to be properly alive. This alchemical high-wire act can’t be easy to pull off, especially when their signature sing-along line is, “I think my life is passing me by”. But they’ve managed to keep us sane through the tumult, even if the arena-ready anthems are undercut by the agony of being fully human in inhuman conditions.

The band’s latest record triples down on this methodology. “All Of Us” arrives in the middle of a global pandemic rendered infinitely worse by industrial-grade stupidity that was impossible to either imagine or predict. The album’s opener, “Wolf Tracks”, immediately dumps us in the Covidian wilderness, socially distanced from the pack, scattered, alone. Where does the path lead? To a version of the abyss that holds, dare I say it, promise? “I’m standing on the edge of everything,” Roberts insists, neon-soaked in ‘eighties synths and thundering bass drums.

This twilight-set album is not, however, radically optimistic so much as it refuses to fall into despair. With “War Chest”, we are presented with the image of a place in which to store all the good stuff that happens to us, however ephemeral: lazy afternoons, a lover’s laughter, sunlight. But why a war chest? With whom (or what) are we to engage in battle? Perhaps we are at war with both memory, which is always a lie, and forgetting, which is always a submission. Coming to terms with this unsolvable riddle requires a single ingredient: “Without love, where would we be?” asks Roberts.

Ah man, we could all use a little love these days. And love — familial, rather than romantic — forms the theme that runs through the nine-track album. On “Ascension”, a genuine arena-rock stomper, we arrive at the idea of self-love, and an ode to the power of perseverance — “you’re never too old to try”, Roberts insists. These are nice words to hear when you’re lying in the gutter looking up at the delicate contrails of an intercontinental ballistic missile. The song, like so much of the album, punches at the phantoms of loss that surround us as time leaves us behind.

In order to grasp the nature of possibility in a bleak world, we can access the map that “Spellbound” conceals in its lyrics. The track takes place just as winter is setting in, and it conjures the contrasting warmth of a mother’s love, of home, of safety. This isn’t nostalgia, nor is it an ideological program based on the manifestos of bad men and their bedsheet-wearing supporters. It’s the sense of peace that comes from the understanding that we never say goodbye, that we’re constantly re-versioning ourselves. (The most dangerous idea in the demagogue’s playbook is that we are fixed and un-moveable in our identities.) The album’s closer, “Youth”, is more straightforwardly nostalgic, and yet it is also about the inevitability of time passing, and of maintaining the parts of ourselves that encounter the world with the wide-eyed wonder it deserves.

Throughout this heartbreaking journey, Sam Roberts Band moves emphatically towards the 21st year of the 21st century, where life isn’t just passing us by, it’s coming at us with a chainsaw and an eviction notice. In this swirl of malevolence, salvation arrives not in the narrow kinship of the wolf pack, but in a much larger program of solidarity. The clue is in the album’s title: All Of Us. Everyone, locked together in the insane asylum that constitutes late capitalism’s plague-sickened socio-economic matrix, fighting to be free. We have now lived through a strange eon where togetherness breeds contagion, but being trapped in our silos is far deadlier — a road to anger and hatred that has nearly collapsed the supporting beams of every institution worth fighting for.

The album’s title track forms a counterpoint to “Wolf Tracks”. “I will follow you to the end of the road, no you’ll never be alone,” promises Roberts. It won’t be easy — solidarity never is. But it beats being scattered by the wind. “In the darkest times, we’re running for the light,” Roberts shouts on the album opener. I think he’s right. And we’ll be carrying All Of Us as a talisman, to help us ward off the shadows that threaten to erase not just ourselves, but our love.